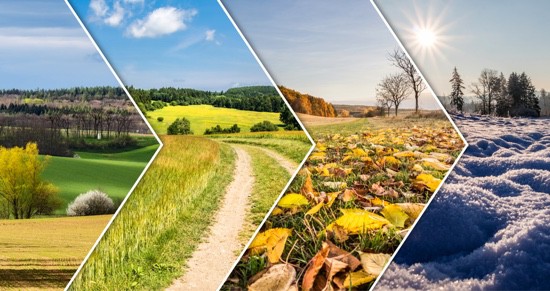 Are You a Seasonal Snorer?

You may have noticed that your snoring gets worse at a particular time of year. If so, you could be a “seasonal snorer”.

Whether it’s a summertime allergy, a winter cold or changes in the weather, there’s plenty of reasons why you may be putting SnoreLab through its paces in January but scoring single digits in July.

A leading cause of seasonal snoring is allergies, particularly dust allergies or the pollen allergy better known as hay fever. This is where your body launches into infection-fighting mode in reaction to harmless things.

As allergens get into the body mainly through the nose, this is the area that is most affected. Increased blood flow and release of inflammatory molecules makes your nose stuffy and forces you into noisier mouth breathing.

Allergy-related snoring isn’t just a summertime phenomenon. Whilst hay fever is at its worst during the warmer months (though there are types of pollen prevalent at other times of the year [1]), dust allergies are more likely to strike in winter as windows and doors stay closed trapping dust more readily.

These are some useful strategies to cleanse your environment of the allergens which could be triggering your snoring:

Snoring related to allergies can also be effectively managed using these consumer remedies:

The common cold is brought on by a range of viruses that attack the upper respiratory tract. This invasion coupled with your body’s own defense mechanisms cause your nose to swell and become blocked.

The science bit – why does cold weather increase the chance of the common cold?

Contrary to popular belief, the cold weather itself doesn’t directly make you ill. The colder temperatures simply make you more susceptible to viral infection. This is because we spend greater time indoors where infection can spread more easily. We also have less exposure to protective vitamin D and it is thought that cold weather can dampen the initial immune response when we encounter the common cold.

When your nose is blocked you have to make the switch to mouth breathing which can aggravate snoring. This is because open-mouth snoring narrows the airway and makes inhaled air more turbulent.

You can remedy your cold-induced snoring with:

A cool bedroom around 16°C (61°F) is said to be the ideal temperature for sleeping.

But does this affect snoring?

Scientists have looked into the impact of ambient temperature on sleep apnea severity. They have produced some interesting (and seemingly conflicting) results.

A retrospective study of over 7,000 people found that the average AHI during the warmer months was lower compared to during the colder winter months [2].

A second piece of research confirmed this. Patients with obstructive sleep apnea were split into three groups – one group of patients slept in a 16°C (61°F) room, another at 20°C (68°F) and the remaining at 24°C (75°F). The group in the coldest environment experienced the most apnea events. Confusingly, the same group scored the best in terms of alertness and also reported feeling the least sleepy of the three groups [3]!

Many people who suffer from joint pain claim they can tell when a weather front is moving in due to the atmospheric pressure changes [4]. There is also some evidence to suggest that weather and pressure can affect sleep apnea!

In a study in 2010, more than 500 patients with sleep apnea were observed – the weather was documented alongside the patients’ AHI scores.

When bad weather was rolling in and atmospheric pressure dropped, on average the patients’ sleep apnea worsened [5].

These findings have also been supported by other research into the effect of altitude and pressure on sleep apnea. A case report on a patient with sleep apnea in Colombia found that their AHI scores were greater when at higher altitudes where the atmospheric pressure is lower [6].

There is evidence to suggest that breathing in dry air can aggravate the tissues in your nose and throat [7]. So whilst low-humidity is unlikely to be the outright cause of your snoring, it can cause irritation and inflammation which could worsen existing snoring.

Humidifiers can therefore be a useful addition to other anti-snoring measures. Further, they can provide relief from the symptoms of allergies and the common cold – other big causes of “seasonal snoring”.

SnoreLab’s guide to buying a humidifier