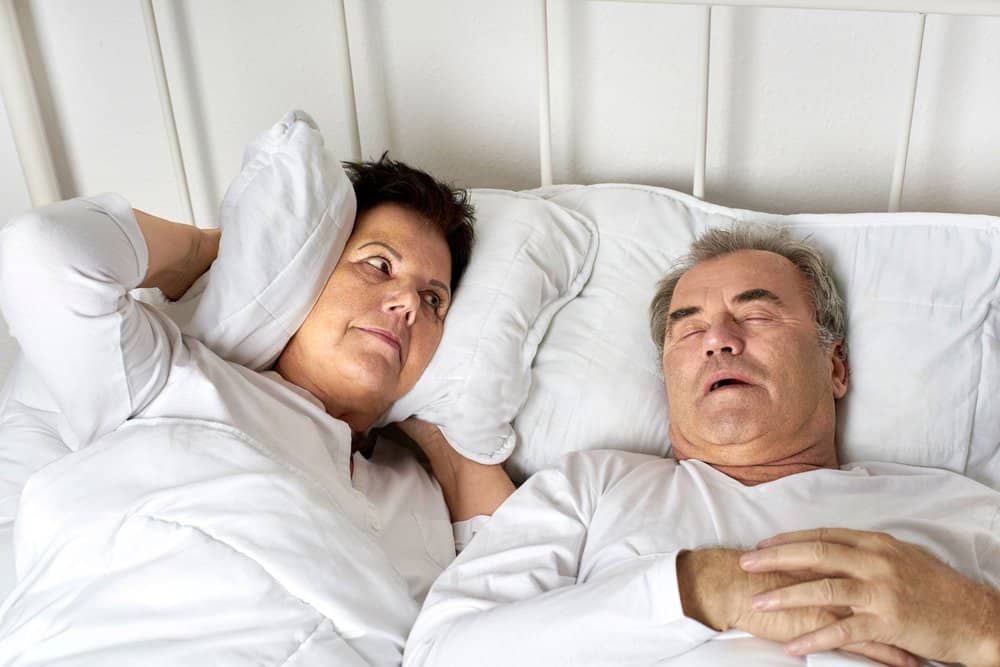 Do Men Snore More Than Women?

Do men snore more than women? The short answer to this question is yes. There are sex differences when it comes to snoring.

Type snoring into a search engine and click on images. What do you see? Nine of the fifteen pictures on my screen showed men with mouths wide open whilst unfortunate women wrenched pillows over their ears to block out the sound. It’s a cliché, but one that is based on some truth.

Twice as many men snore than women, with roughly 40% of men reporting snoring versus 20% of women. That still means that 840 million women are regular snorers. Snoring is certainly not just a male problem, but there are differences. Let’s explore why and how.

Men’s airways are primed for snoring

The reason more men snore is partly down to their airway anatomy. Studies have found that there are crucial differences in the structure of men’s airways.

Firstly, there’s more tissue in the noise makers themselves. Studies indicate that the male soft palate – a key player in generating snoring sounds – has a larger cross-sectional area. There’s basically more tissue available to flap around and make noise [1].

Secondly, men’s upper airways are more prone to obstruction. The vulnerable area between the hard palate and epiglottis is larger in men. This means there is a greater amount of unsupported soft tissue that will relax whilst asleep [2].

It is important to note that this has nothing to do with men having deeper voices. Whilst men’s vocal folds are indeed longer, they have more structural support and reside lower than the collapsible area associated with snoring. The area below the roof of your mouth and above the epiglottis is the soft, flappy area we are interested in.

Men gain fat on the neck

Finally, men put weight on the areas that can cause snoring. The chance of your airway collapsing is increased if there is more weight on your neck. An increased neck size and fat around the neck therefore puts you at greater risk of snoring.

We know that obesity is a great risk factor in snoring, but men and women distribute fat differently which influences snoring patterns. Men put on more weight around their neck and chest, whereas women tend to gain fat on their thighs, hips and buttocks.

Snoring is linked to male hormones

Testosterone is the main male sex hormone. Its primary duty is the maintenance and development of reproductive tissue, but it also plays a part in snoring.

Side note: what are hormones?

Hormones are produced in various glands and are the body’s chemical messengers. They travel in the blood and are a means of communication between different areas of the body, regulating the inner workings of cells.

Various studies have looked into the effects of testosterone on breathing during sleep, with a focus on sleep apnea. It has been linked to increased airway collapsibility and greater breathing instability, though the exact mechanism is still uncertain [3].

Indeed, raised testosterone in women is linked to disturbed breathing during sleep. Women with polycystic ovarian syndrome, a condition where testosterone levels are higher than they should be in women, have a greater risk of developing obstructive sleep apnea [4].

Progesterone, a hormone particularly high during pregnancy, promotes steady ventilation. This causes a less pronounced drop in airflow during sleep and makes the soft airway less prone to collapse [5].

Progesterone, alongside another key female hormone, estrogen, enhances the ability of a key muscle in the tongue to contract, reducing the likelihood of it falling back and causing a blockage [6].

Menopause increases the likelihood of snoring

As female sex hormones decline rapidly at the menopause, the likelihood of developing snoring or sleep apnea increases.

Incidence of snoring increases with age for both sexes, but in women, the onset of the menopause is a watershed moment when it comes to snoring and sleep apnea.

Artificially re-introducing female sex hormones via hormone replacement therapy (HRT) has been shown to reduce the occurrence of sleep apnea [4].

Obstructive Sleep Apnea is different between men and women

Sleep apnea is less common than habitual snoring but the relative proportions of men and women are roughly the same, with twice as many men suffering from the condition as women. However, eight times more men are diagnosed [7].

Some time ago, the sleep apnea ratio of men to women was thought to be as stark as 60:1. We are learning now that this is because of frequent misdiagnosis and the fact that women often exhibit an atypical form of the condition.

The severity of sleep apnea is measured by counting the number of instances where breathing stops (apnea) or is severely reduced (hypopnea). This measurement is called the apnea-hypopnea index (AHI). As women are less likely to experience complete airway collapse, they tend to have a lower AHI score.

With snoring, as with many dysfunctions in the body, there are things that are out of our control. Our sex is obviously the main one. Seeing where you fit into the profile of the 2 billion people worldwide who snore can help you understand your snoring better and be ready to take the next steps.