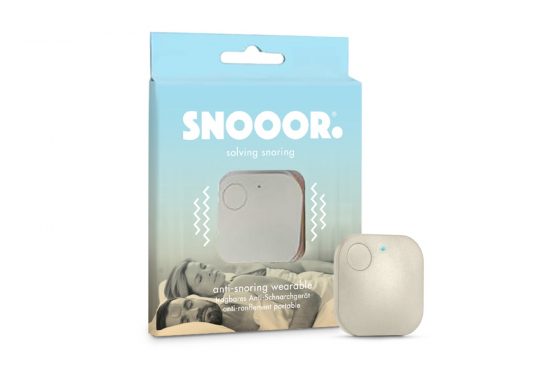 The Snooor wearable is a vibrating positional trainer that reduces snoring by promoting side sleeping.

Positional trainers are devices that attach to your body and vibrate when they detect that you are sleeping on your back.

This is the automated equivalent of a nudge in the ribs from a disturbed partner.

The evidence for their effectiveness is growing, even showing positive results for mild obstructive sleep apnea comparable to using a mouthpiece [1].

Why you need to sleep on your side

Sleeping on your back frequently aggravates snoring as downward pressure from your jaw and neck can restrict your airway.

Your mouth also has a tendency to fall open. This changes the shape of your upper airway.

All of these factors combine to compress the airway, disturb airflow and cause vibration – i.e. snoring. In the worst-case scenario, they cause complete blockage and sleep apnea.

What is Snooor and how does it work?

Snooor is a small, battery-powered device the size of a watch face. It is a blend of wearable technology and positional therapy – the scientific term for making people sleep in healthier positions.

Using their special, hypoallergenic adhesive patches, the wearer sticks the device to either their forehead or breastbone.

Upon pressing the button, Snooor has a twenty minute delay before it starts detecting your sleeping position.

When you sleep on your back and your head is facing the ceiling for an extended period of time, the wearable will vibrate and prompt you to sleep on your side or tilt your head to stop snoring.

If used regularly, users can start to see a significant reduction in their snoring in about a week.

The Snooor wearable approach is an example of “positional therapy” – a term that refers to several methods for reducing snoring and sleep apnea by treating a person’s sleeping position.

Positional therapy is a technique backed up by a lot of science.

Researchers first started to appreciate the importance of sleep position in sleep apnea in the 1980s [3]. That said, position has been implicated in snoring for centuries.

Soldiers in the 18th century war of independence were told to sleep with their backpacks on to prevent them from rolling onto their backs, snoring, and giving away their position to the enemy!

More recently, a wealth of science has shown that changing your sleeping position can massively reduce snoring and sleep apnea.

This is particularly important as more than half of sleep apnea cases are referred to as “position-induced” [4].

Simple to use. Snooor starts working at the touch of a button. Simply stick it on, turn it on and sleep. It will automatically switch off after eight hours, but can also be turned off manually by holding down the same button. 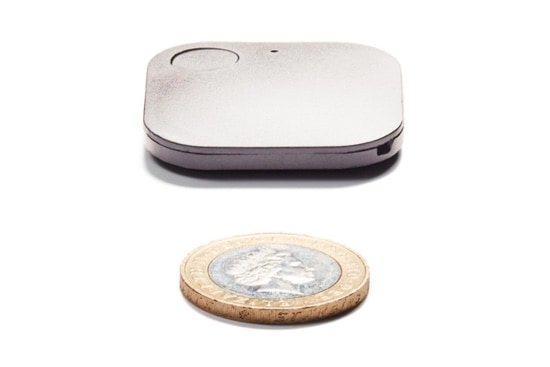 Lightweight and discrete. The Snooor wearable only weighs 10 grams and is the smallest and lightest anti-snoring wearable for back-sleeping snorers.

Non-invasive. This device doesn’t go inside your mouth, and doesn’t pull, push, or prop. It simply sits on your skin and gives a gentle vibration. You should forget it’s even there after a few days.

Results in as little as a week. Like most anti-snoring devices, the Snooor wearable has an adjustment period. Most new users should be nicely adjusted in a week. Wear it turned off for 2 nights and then turn it on for the next 5 and you should start seeing results.

Snorers who frequently revert to back-sleeping can benefit greatly from positional therapy. The Snooor wearable could be the answer.

Repositioning the body to open a snorer’s airway can reduce or eliminate snoring and has also been shown to decrease sleep apnea severity.

Now, you can get 10% off your purchase of the Snooor wearable with the discount